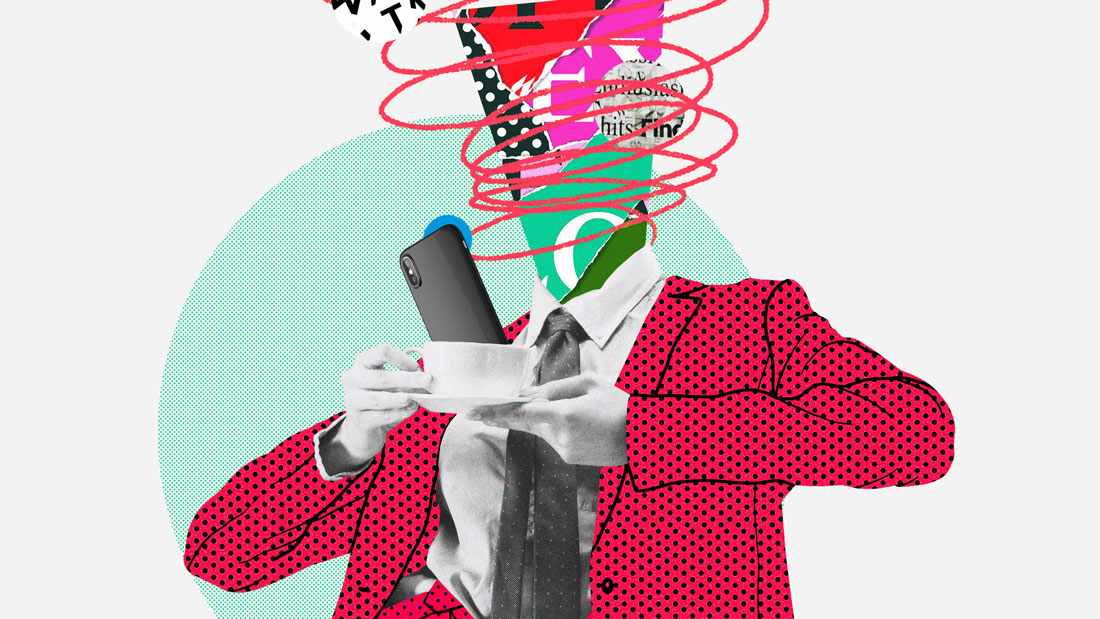 B2C strategies can be applied to B2B

Plunge into a new way of thinking about decisions.

A little more on that delicious coffee cake we send.

Your brand never turns off, so neither do we.

“Quality-Seeker Sheila” is a 26-year-old woman who spends her days working as a nurse and her nights with her family. She makes $65,000 per year and lives in Jacksonville, FL. Based on this limited information, there’s a lot you might think you know about Sheila—inferences about who she is and what kind of life she leads, or even what kinds of products or services she’ll pay for. As we already know, quality is in the eye of the beholder.

We’re here to tell you that, unfortunately, you don’t know squat about Sheila.

Sheila knits in her free time while listening to thrash metal. She watches the Great British Bake Off while eating overcooked frozen pizza. She has money in the bank and excellent credit, but drives what could only be described as a “rolling death trap.” Like most people, Quality-Seeker Sheila is full of idiosyncrasies—little things that make it impossible to lump her into any one single group.

This is the problem with persona development: one of the darling practices of targeted marketing. It feels good to invent cute alliterative personas that encapsulate your target audience—but few people completely fit the mold you make for them. And, those who do likely aren’t part of your relevant target audience.

To understand your audience and market to them effectively, you need to be nearly anti-persona in your persona development. Let’s examine what we mean by that.

Identifying audiences beyond “the bucket”

In today’s day and age, it’s just not inclusive to think about consumers from a demographic standpoint. People aren’t only represented by their age, race, geographic location, income, etc.—they’re represented by their choices, actions, thoughts and feelings. Demographics are merely context, and these factors can work for or against validating each person.

The “bucket” approach for segmenting consumer demographics only works if you understand who people are beyond their census data. It exists on a spectrum, based on mindset and behavior, not just demographics.

Who, exactly, are your customers?

No matter the idiosyncrasies that make up your audience, you need to recognize who your people are beyond what describes them. What, specifically, makes them amenable to your messaging? Ask yourself this question and you’ll start to find that persona development isn’t as helpful as you might’ve thought.

At JXM, we’re committed to presenting our client brands as fair and equitable. We’ve learned that retreading outdated census data to draw conclusions doesn’t provide the full picture. Instead, we get to know the people behind the persona and use census data to clarify, not qualify.

Thinking about people in one dimension—through the lens of a predetermined persona—leaves a lot on the table. It assumes that people act a certain way because of their attributes when in reality, people’s actions are a byproduct of their mindset. What they think matters a lot more than who they are. More and more, this means that consumer habits defy demographics. As I like to say: people don’t want to believe what they see anymore; they now want to see what they believe.

Consumerism today revolves around multi-generational ideals and attitudes at social media scale. Traditional personas like “Quality-Seeker Sheila” or “Blue-Collar Bob” exist on a spectrum. To grab their attention and captivate them as consumers, brands need to meet them where they are—not force them into a bucket.

Anti-persona persona development isn’t about nailing down someone you can market to—it’s about nailing down a value proposition that’ll attract the right audience, no matter their spectrum of traits. It takes more work and plenty of adjustment once a campaign is running, but it gets better results. You just need to be willing to get to know someone a little better.

We aim to reach people, not personas

Too many brands market to personas—the fictional characters they’ve made up. They forget that personas are placeholders. The reality is that, in order to market successfully, you need to communicate to real people. You can’t tell them what you think they want to hear—you need to give them a real reason to pay attention. It starts with understanding them.

When you look past the persona at the people, their needs, wants and expectations become clearer. Push past the obvious list of things and think about the true value to the potential buyer. Why does this person need this product? What’s the benefit to her? What’s the key value proposition that piques her interest?

At JXM, our approach to anti-persona persona development is rooted in awareness. We’re aware that we don’t know squat about Sheila—but we’re willing to look past the census data, to get to know her a little better. And, when we do, it’s easier to communicate value to her, not at her.

Want to learn more about the anti-persona persona development approach?